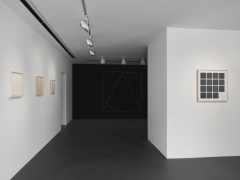 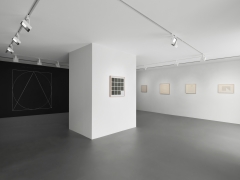 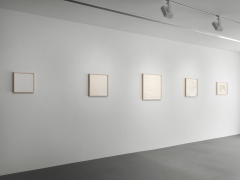 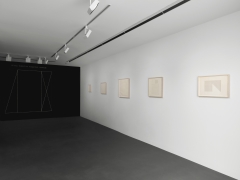 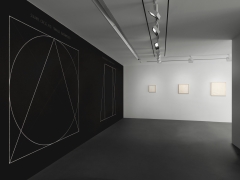 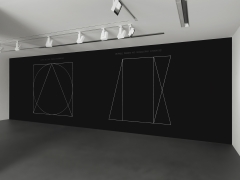 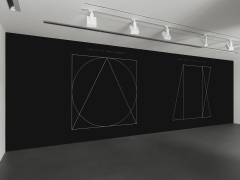 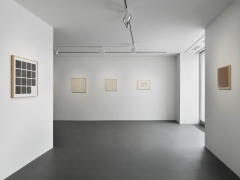 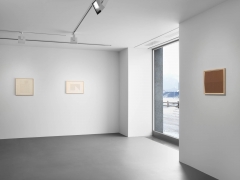 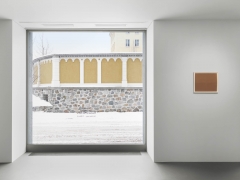 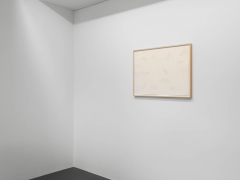 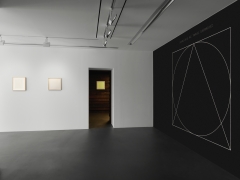 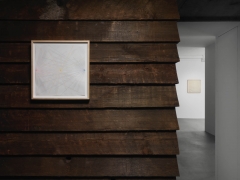 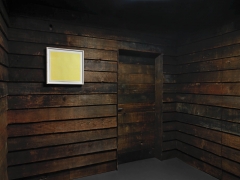 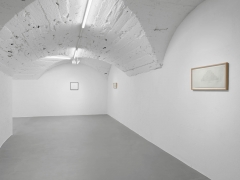 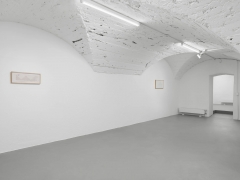 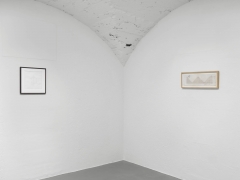 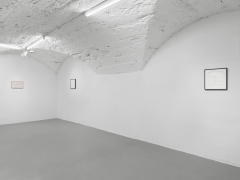 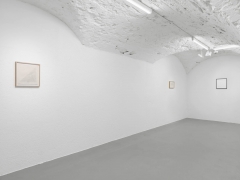 St. Moritz, Switzerland Beginning February 15, Vito Schnabel Gallery presents 1 + 1 = 1 Million, an exhibition organized by artist Tom Sachs to spotlight significant works by American Conceptual titan Sol LeWitt (1928 – 2007), with whom Sachs enjoyed a close friendship in the final years of the elder artist’s life. Through a large-scale wall drawing from 1978 and 19 luminous framed works on paper beginning from the 1970s, Sachs draws visitors into LeWitt’s career-long exploration of authorship and the means by which it can be defined. The exhibition focuses on three of the thirty-five statements from LeWitt’s 1969 Sentences on Conceptual Art [1], highlighting the ineffably poetic outcome of pursuing these ideas to their logical extreme.

The Greeks had it right. Divide our consciousness in two: rational and irrational. The Romans screwed it up by representing this duality as God versus the Devil. Perhaps a more esoteric reading of the Bible would demonstrate a more sensitive and accurate reading of the human condition, but that's harder to sell to busy working people than good versus evil. The dual nature of man continues in mythology, philosophy, theatre and art for millennia. Yet our ability as individuals to occupy both states simultaneously persists.

Art has found many dualities that support this reductionist understanding: Caravaggio only remembered as Bacchus in his paintings and life. Picasso as the ultimate Dionysian. Pollock becomes nature and all its chaos. Rational thought goes to the rationalists and the intellectuals: da Vinci, Duchamp, and the universe of Conceptual Art.

These artists were great thinkers and men of passion. It's the limit of language and its users inability to convey simultaneous contradiction that has cast these men as logical or intuitive when they are in fact both.

Sol LeWitt's ‘Sentences on Conceptual Art’ stand as a manifesto for using logic and intuition to coax the muse from the ether. To find the magic in the unknown, he states, “the artist is a mystic.”[2] That rigor applied to an irrational act will yield new information but only if the idea is followed through to the end without changing tactic mid-stream.

Sol approaches art with the passionate inquisitiveness of a young person learning to command the language of geometry. Sol uses math as Pythagoras did, by respecting inflexible rules challenged to the limit by every possible permutation in an attempt to find a hole into the infinite. His work applies the rigidity of a formal mathematical theorem. While allowing for potentially infinite permutations within this rigid structure they enter the realm of the mystic(al). Sol uses what appears at first glance to be a completely rigid and formal system to create, meanwhile he is quietly subverting this system with the potential for infinite possible possibilities. Truly the mark of the jester or the genius. In Sol’s case, I would argue both. With his wall drawings, Sol has gone beyond the infinite, by subtracting himself from the equation and allowing any individual to be added to the creation. Allowing for the whole world to be the creator is perhaps the most irrational rational thought ever conceived. The evidence of this work, presented with style and elegance, is his art.

Sol LeWitt's work of the 1970s epitomizes what Lucy Lippard describes as the “Dematerialization of Art,” a time in the early 1970s when the efforts of many artists, after having exhausted the apparent possibilities of making formal art, found meaning in the performative act of making itself. By codifying or describing in words the intent of their actions, artists created Conceptual Art.

LeWitt’s work best represents this time in history and the efforts of many artists in the United States and Europe. These seeds of strategy have grown in the fifty years since to help different artists to bear fruit. By applying extreme rigor to what may seem like a capricious idea, serious art may emerge. If we stick to the idea and don’t change horses mid-stream, we may be able to coax the muse out of the ether.

The current exhibition will feature works that demonstrate Sol’s mystical use of math which enabled him to relentlessly pursue a rational irrational thought to its irrational rational conclusion, that in fact, 1 + 1 = 1 million.

[1] 1. Conceptual artists are mystics rather than rationalists. They leap to conclusions that logic cannot reach.
5. Irrational thoughts should be followed absolutely and logically.
6. If the artist changes his mind midway through the execution of the piece he compromises the result and repeats past results.
[2] Mystic is a dirty word because it's filled with the unknown and has been dismissed as witchcraft. It's difficult for adults (who have lost the understanding of what it means) to teach the cultivation of intuition to children (who already understand it).

*In school we learn one plus one equals two. In the studio we learn one plus one equals a million. But we must choose just the right “wrong” two things to achieve that explosive combination. We can only achieve this by learning to accept and trust ourselves, so we can have the courage to make just the right "wrong" decision. Some call this intuition. It's only achieved impulsively or in a state of utter clarity.
Download PDF - German
Download PDF - English