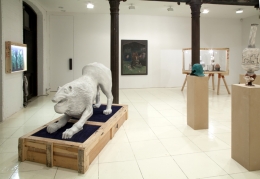 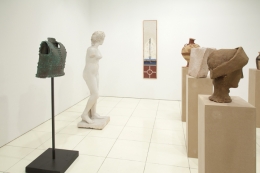 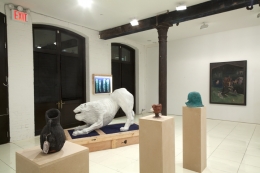 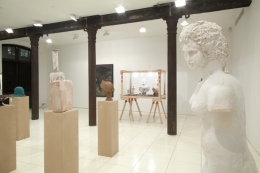 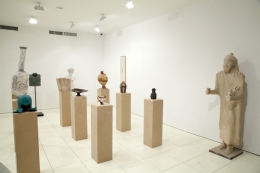 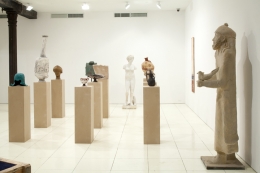 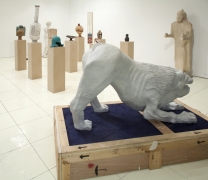 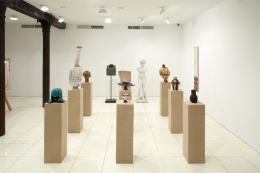 "Meditations" will be open to the public at the viewing spaces of Mark Fletcher and Vito Schnabel, art impresarios whose unconventional operations—each has a semi-private venue with irregular exhibition schedules, geographically independent from the city’s art gallery districts—echo the alternative nature of The Bruce High Quality Foundation’s practice. The exhibition is described by BHQF as “a meditation on the historical relationship between works of art and the consolidation and dispersion of political power.” Through the sculptures, painting, and video on view in "Meditations," the artists will use the visual language of antiquity to explore the ways objects have served as manifestations of power, and to investigate how preservation, historicizing, and collecting practices reveal and obscure other paths of influence and manipulation.

At Vito Schnabel’s space at 43 Clarkson Street, BHQF will present a group of 26 new sculptures from the its ongoing initiative to recreate, in homemade Playdough modeling clay, every object housed in the Greek and Roman antiquities collections of The Metropolitan Museum of Art in New York. Among the works on view at Clarkson Street will be 1:1 scale replicas of antiquities, some dating to the era of the original Equestrian Statue of Marcus Aurelius. These new objects— all of them carrying paper replicas of Metropolitan Museum inventory tags—include portrait busts, vessels, shards, and a nearly full-scale lion that is a stand-in for the classical Greek Marble Statue of a Lion, a sculpture dating to ca. 400-390 bc.

The Foundation describes "Selections from the Greek and Roman Collection" as “a portrait of an institution.” They have written, “This is not about the birthplace of democracy or its mannered second act in Roman imperialism. It is about how we experience a public art collection in an era when the interests of continuous commercial consumption have ridden roughshod over our capacity for public memory.