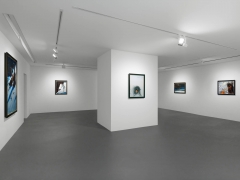 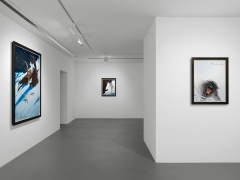 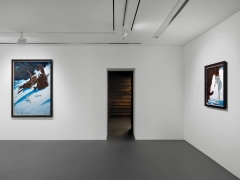 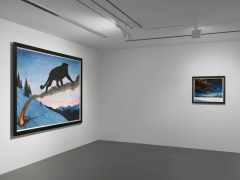 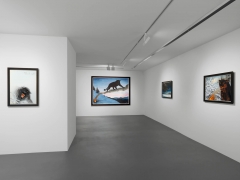 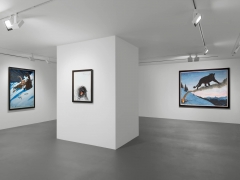 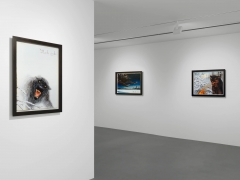 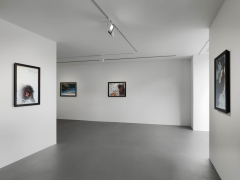 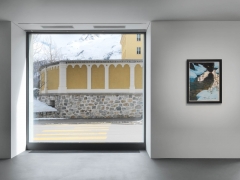 Vito Schnabel Gallery is pleased to announce New Watercolors, the first solo exhibition in Switzerland for American artist Walton Ford, opening March 18, 2018. Ford’s work draws on the visual language and narrative ambitions of traditional natural history painting to examine the intersection of human culture and the wild world from which it has emerged. Specifically, his art focuses on how animals exist in the human imagination. For New Watercolors, the artist will debut a series of new paintings on paper that elaborate on his fascination with the story of a female black panther that escaped from the Zürich Zoo in the winter of 1933.

On view through May 6, the exhibition will be accompanied by an illustrated catalogue featuring an interview with Heidi Zuckerman, Nancy and Bob Magoon CEO and Director of the Aspen Art Museum in Colorado.

In 1950, Zürich Zoo Director Heini Hediger (1908—92) published a text about the incident of the black panther in Wild Animals in Captivity, Butterworths Scientific Publications:

“Nearly ten weeks after the escape, that is not until the middle of December, a casual laborer on the boundary between Zürich Oberland and St. Gallen discovered the panther under a barn, and killed it for food. Before that, the information was often received that the panther had been seen here, there and everywhere, yet the whereabouts of the great cat could never be pointed out with certainty, suspicious tracks always turning out to be those of dogs. The most incredible suggestions were made by the public to the zoo authorities; for example, the help of a clairvoyant should be sought to search for the escaped animal, or that it should be exorcised by the representative of a certain religious sect.”

Vito Schnabel, founder and principal of Vito Schnabel Gallery, commented: “We are honored to exhibit the work of Walton Ford. The way he has brought together the art historical traditions of John James Audubon and the great naturalists of the past with profound and often challenging cultural themes has established him as a uniquely American artist. With the sociopolitical and environmental issues at the forefront of global thought, Walton’s art feels urgently relevant. We have admired Walton for years, and our team is thrilled and excited by the opportunity to work with him.”

About the Artist
Walton Ford (b. 1960) grew up in the Hudson Valley and currently lives and works in New York. He first studied film at the Rhode Island School of Design before focusing solely on painting. Inspired by the work of Hieronymus Bosch and Pieter Brueghel the Elder, Ford’s engagement with historical subject matter imbues his large-scale watercolors with an old-world feel. He can often be found at the American Museum of Natural History sketching animal anatomy and relishing in the picturesque dioramas. Public collections include the Museum of Modern Art, New York; Whitney Museum of American Art, New York; and the Smithsonian American Art Museum, Washington D.C. Ford’s solo exhibitions include Tigers of Wrath: Watercolors by Walton Ford, at the Brooklyn Museum, New York (2006); Walton Ford: Bestiarium, which opened at the Hamburger Bahnhof Museum für Gegenwart, Berlin (2010) and traveled to the Albertina, Vienna, and Louisiana Museum of Modern Art, Denmark; Walton Ford: Watercolors, at Paul Kasmin Gallery, New York (2014); Walton Ford, at the Musée de la Chasse et de la Nature, Paris (2015-16); and Calafia, at Gagosian Gallery, Beverly Hills (2017). 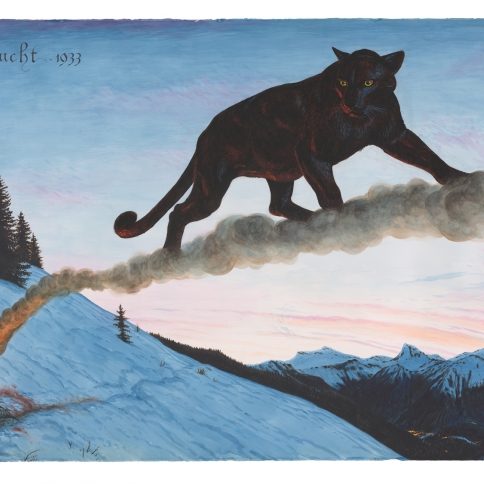 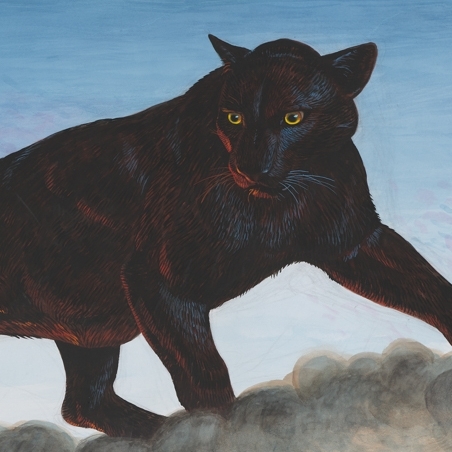 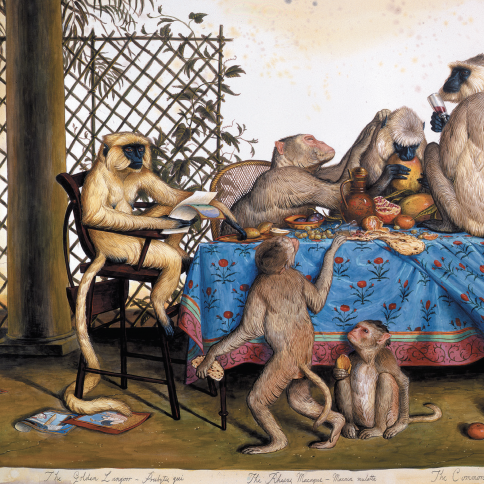 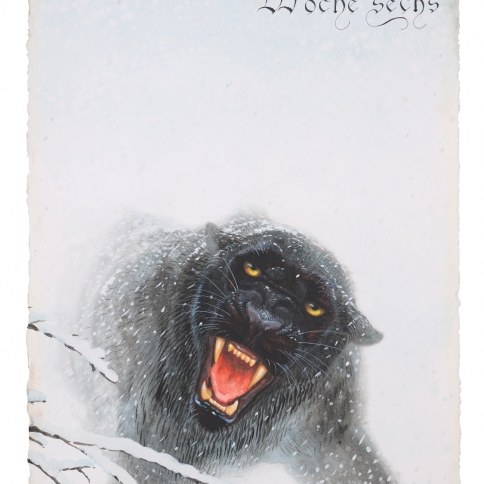