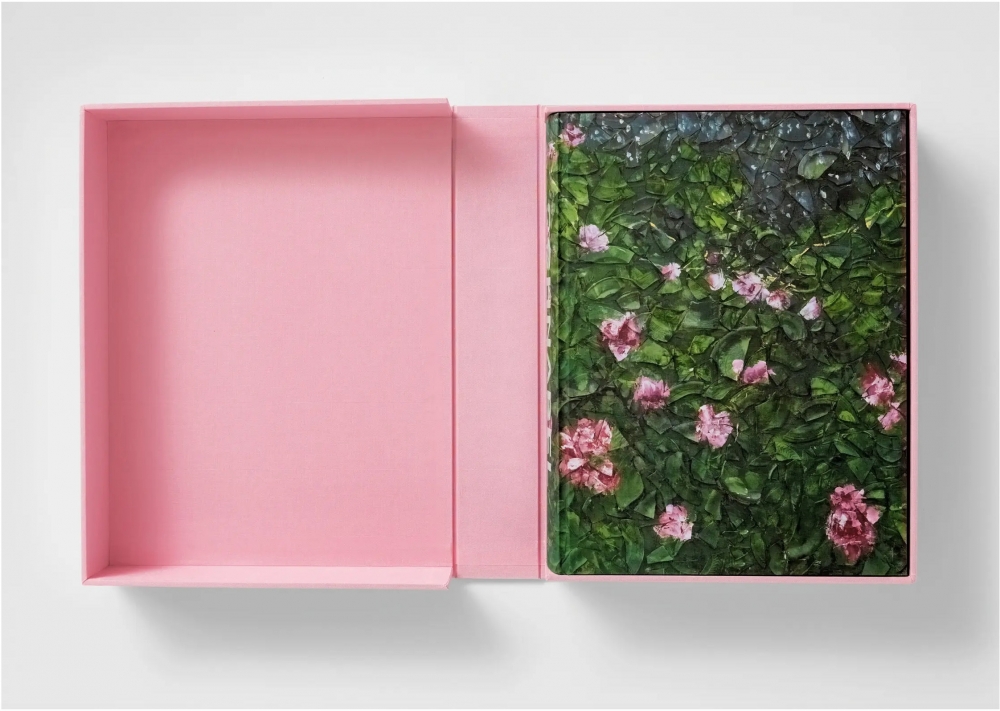 Are books dead? No, certainly not. Is painting dead? It is not, either. Those declared dead live longer, they say. And so it goes, especially for these two mediums. But why? Because there are people with an unwavering belief in them. And beyond that, those who do it anyway: they paint or even make books.

One of these people is Julian Schnabel. When painting was declared obsolete in the ‘70s, he didn’t pay much attention. He painted. And this he did with such fervor that he led painting to new horizons. Schnabel’s painting marked a new beginning. And it should all be at least as large as life itself. In the case of this artist, however, it meant oversized.

His largest book – and yes, his, because it was edited together with him under his close direction: this, too, is “larger than life”. Taschen Publishing House is known for taking a large-scale approach. Increased dimensions are nothing new here, and a specialty. To lend books a weight in times of their subtle retreat: or rather, to give them the weight they are due, is in any case a recipe for success for the family-run art, architecture and lifestyle publisher from Cologne.

In the case of Julian Schnabel, the XXL format fits exceptionally well. If the publisher hadn’t already edited books on this scale, they would have come up with the idea at the latest by working with this artist– or he would have pushed them toward it. Because for Julian Schnabel – one knows this! Nothing is too big for him.

Not even great occidental art history, whose weight he stems with ease when he reaches into their fund for his creative ideas. From the beginning, he was interested in the painting of the old Europeans – Giotto, Caravaggio, Velazquez. He traveled Europe, looked at the originals, grappled with them, and above all, abstained from following current trends in the art world. And so he carried forward within his works that which never threatened to disappear: Schnabel’s paintings celebrate painting, they are a celebration of colors, of references and cross references – and above all the freedom that the artist takes when amalgamating references, as the art historian Eric de Chassey states in his contribution to the grand Schnabel-Taschen-Performance.

At the same time de Chassey also says something quite interesting about Julian’s disposition towards magnitude, which is not a machismo of “regardlessness”. With all continuation of declaredly dead painting, it is actually a new beginning that, with its openness and oscillation between figuration and abstraction, aims above all to also deconstruct the final image. A simple closet in Julian Schnabel’s hotel room during a sojourn in Barcelona supposedly led to his decision to make paintings of this size.

The painting becomes a piece of furniture, an article of daily use as a part of an interior. “Their monumentality lets Schnabel’s works become environments, particularly because they can grow to a depth of 30cm through added three-dimensional objects. Their spatiality is physically tangible, as the viewer has to move in front of them just as the artist while he was creating the work.”

In the same edition, Max Hollein, director of the Metropolitan Museum in New York, writes: “His paintings have always been Objects with their own bodies and physis.” And then: The paintings are architectural because of their size, form, and materiality. They challenge the surrounding space and change it. They are not windows to other worlds, but rather objects within our own world.” This applies not least to the large Taschen edition, which does not fit in any normal bookshelf.

Schnabel has painted on Kabuki Theater stage designs or also on the canvas floor of a boxing ring. The Taschen edition shows the whole palette of his work over the course of five decades: from the early wax paintings and plate paintings to the works painted on velvet and to the huge formats painted in the open in the past years.

Schnabel wouldn’t be Schnabel if he had left it at painting. Typical for his sculptures is the oversize – a height, “that communicates between the human and the celestial scale,” as the art historian Bonnie Clearwater analyzes his sculptural work in her contribution. Consequently, he reintroduced the narrative element to sculpture, which had become irrelevant since minimalism. For Schnabel, narration is a central motivation in his work, in paintings as in sculptures – and in Film; the German author Daniel Kehlmann, who addresses Schnabel’s Film works in an essay, knows this.

“I see images everywhere,” Schnabel says, and is referring to that special state in which everything is an inspiration for a painting, and everything could be a painting. This is exactly what enabled this artist to become a talented director. Every one of his films has “sequences that no other director could have created and which seem like moving paintings,” writes Kehlmann, “like tableaux, charged with the emotional weight of the story that is being told through them.” This story now lies in the weighty form of a book. And emotional weight – in addition to all the profound analyses of the contributing authors – is lent to the edition by the very personal introduction by Laurie Anderson.