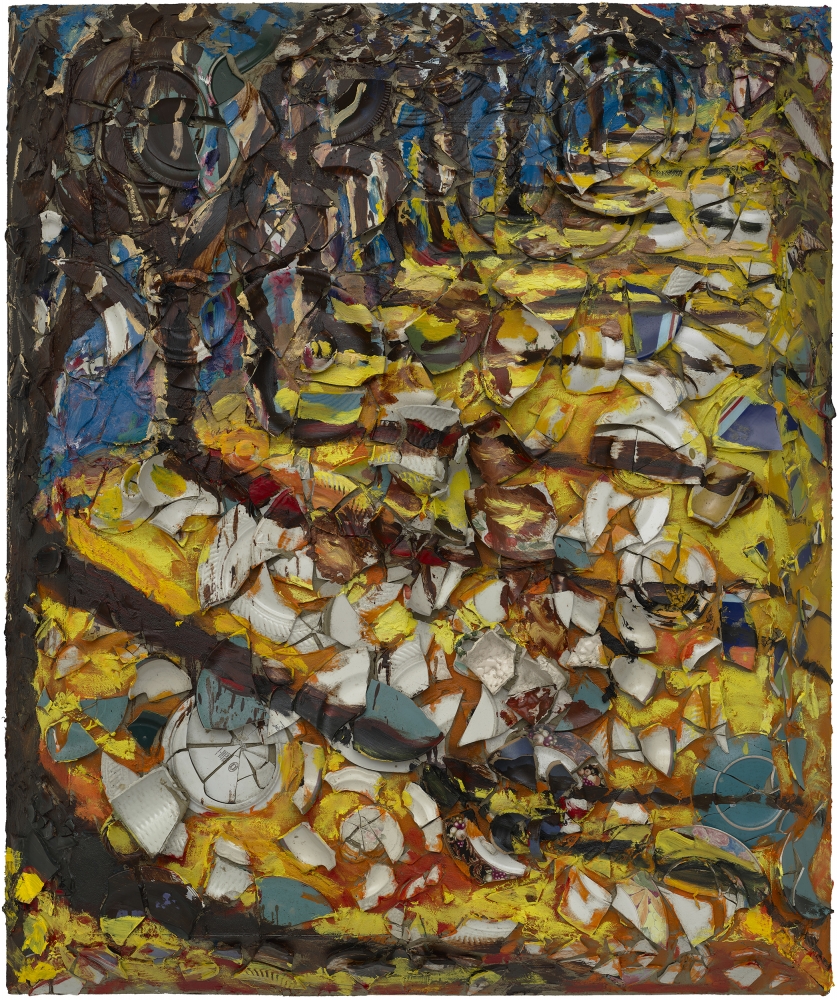 Julian Schnabel was a Montauk neighbor and longtime friend of Peter Beard, the acclaimed artist and photographer who died in April. “Julian Schnabel: Trees of Home (For Peter Beard),” which features six new plate paintings dedicated to Beard, will open Saturday at the Vito Schnabel Gallery in St. Moritz, Switzerland, and remain on view there through April 4.

The subject of the paintings is a walkway lined with trees in Saint-Remy-de-Provence in the south of France, captured in the many paintings and drawings made by Vincent van Gogh when he spent a year there. While writing and directing “At Eternity’s Gate,” his 2018 film about van Gogh, Mr. Schnabel formed a deep connection to van Gogh’s practice and created versions of van Gogh’s paintings to use as props in the film.

Mr. Schnabel’s approach to textural painting was notably reflected in his plate paintings, the first of which appeared in 1978. Those works are composed of broken vessels and shattered shards of ceramics that the artist hammered, glued to wooden armatures, and then painted over. The sculptural and tactile qualities of the new paintings engage in a dialogue with van Gogh’s preoccupation with surface and the physicality of a painting.

In some of the new paintings, a row of planted trees casts shadows of trunks and limbs whose silhouettes stretch outward, while in others Mr. Schnabel crops the composition, focusing on the forms of a single tree or two. In all of them the shards of porcelain “render a glistening, pulsing light that washes over the pictorial surface,” according to a release.

The last time they saw each other, Beard wanted to show Mr. Schnabel his photographs of the trees in Saint-Remy. ”It is rare for me to paint from photographs,” said the artist, “but I knew the trees well, I had seen them in person. I made these paintings for him. Making it back to Montauk each summer is always coming home for me. Thus, the trees of home, for Peter Beard.”

Vito Schnabel, who is the artist’s son, has a second gallery on Clarkson Street in the West Village and has announced that he will open a large space in Chelsea next year.